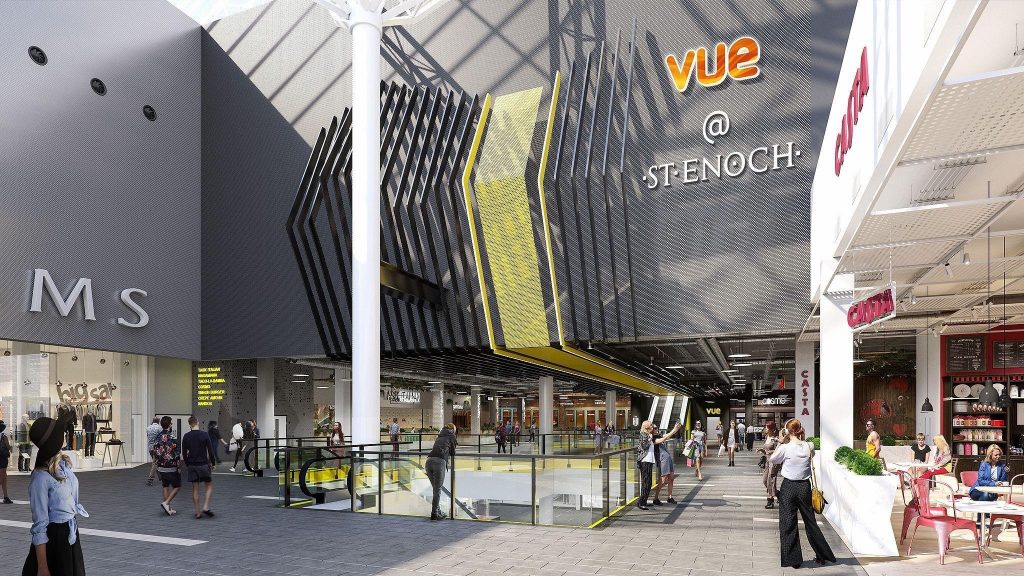 St. Enoch Centre is continuing to invest in Glasgow city centre as work progresses on its £40 million development which will boost the leisure offering in the heart of the city.

Work on the final stage of the development of the new Vue cinema has now started and the state-of-the-art cinema complex will bring nine-screens equipped with new Sony 4K digital projection and Dolby 7.1 surround sound with three of the screens being 3D.

The Dunlop street entrance is also now open and work is underway on a number of the restaurants which are set to include Donut King, Dehli Darbar, Nando’s, Smashburger, COSMO.

The redevelopment of the former BHS store will see the addition of further retail as well as a total of nine food and beverage units to enhance the current offering in The Atrium food court.

Guy Beaumont, director of development at Sovereign Centros, added: “Since St. Enoch Centre opened more than 30 years ago it has continued to evolve and this is an important development as the centre significantly increases its leisure offering.

“Despite the considerable challenges of COVID we are proud that the final stage of work on the Vue is now underway and firmly believe that this will be a valuable addition to Glasgow city centre, in particular, to the night-time economy in 2021.

“It is testament to St. Enoch Centre and to Glasgow city centre that we already have five restaurants committed and discussions are progressing with other outlets to become part of this exciting redevelopment.”

Anne Ledgerwood, general manager of St. Enoch Centre, added: “It is now more important than ever to attract people into the city and St. Enoch Centre is confident that our redevelopment will help increase the offering in the heart of the city to offer a range of visitor experiences.”

Glasgow Chamber of Commerce chief executive Stuart Patrick said: “We warmly welcome this investment and continued commitment to the city. St Enoch Centre has long been a crucial contributor to the Glasgow’s retail mix, and this latest stage in its redevelopment will see it also become a leisure destination outwith shopping hours, adding to the visitor experience in the area south of Argyle Street and to the night-time economy.” 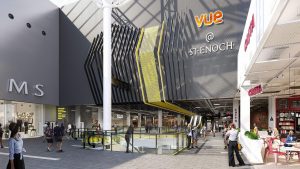